The top 15 developers in the region accounted for 5.1 GW of operational solar capacity at the end of 2019. The average capacity among the top developers amounts to 341 MW. The top three developers in Southeast Asia are Super Energy, B.Grimm and AC Energy, respectively. 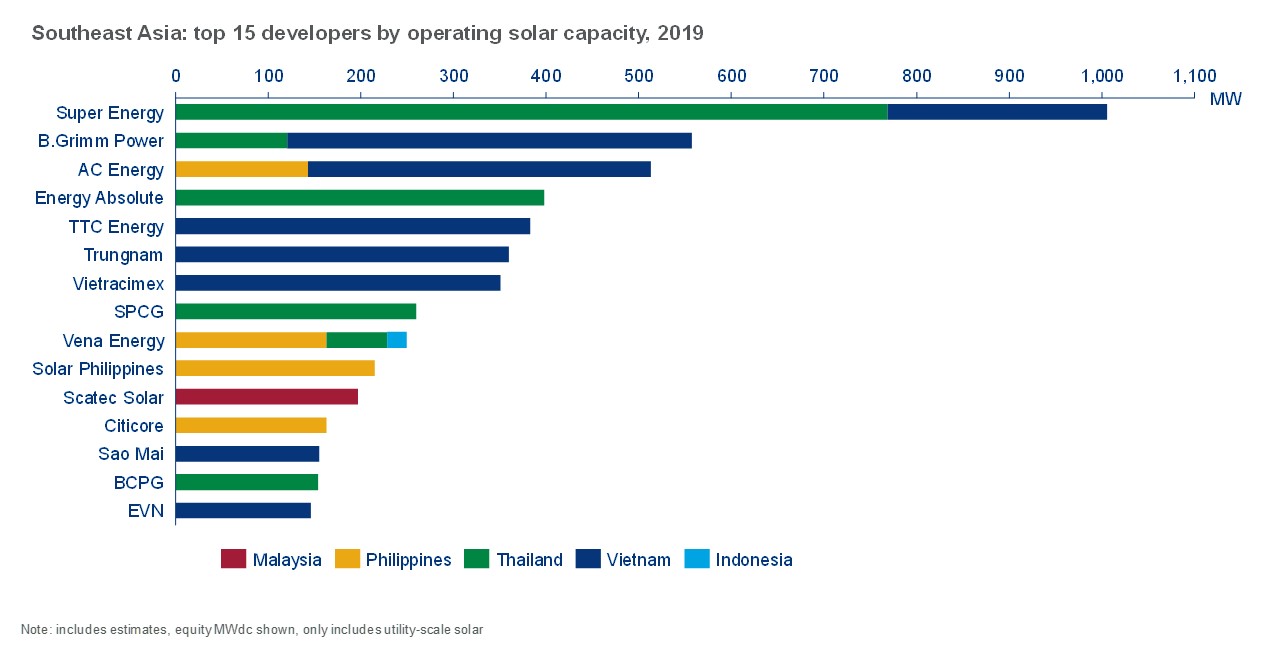 Download the report brochure by filling in out the form on the right side and learn what key data points are included in the new research:

The new research is available in our Global Solar Markets Service.