The solar carport market has become an increasingly substantial sector within the non-residential solar market and the United States solar industry as a whole, growing to 157 MW in 2013. 2014 is expected to be the fourth consecutive year during which greater than 100 MW of solar carport installations were installed. Historically seen as a niche market, recent growth is attributed to falling system prices as well as a shift in the value proposition of solar carports themselves towards educational, government, and non-profit customers aiming for targeted savings on electricity bills. Developers have used this tactic and have exploited state-level incentives to grow the market at a CAGR of 45% from 2010 to 2014. 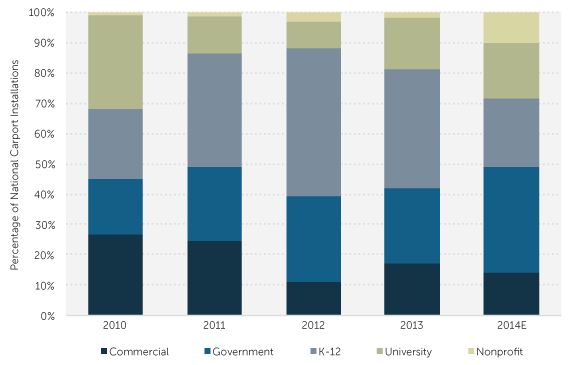 GTM forecasts that the market will continue to grow year over year until the drop off in the federal investment tax credit in 2017. Growth in the market and low perceived barriers to entry have made the market increasingly crowded, and this report provides a clear picture into the current landscape of the industry and expectations for where it is headed.

This 61-page report analyzes trends in the carport market including: