Up for the challenge?

While smaller E&Ps are being forced to tap the breaks in the Permian shale basin, Exxon and Chevron have laid out ambitious production targets for the next four to five years:

Our first reaction to the news? With infill wells underperforming and decline rates from producing wells accelerating, the timing on this announcement is bold to say the least. The players that have started to back off have already drilled thousands of wells in the Wolfcamp and may have a better understanding of the true reservoir opportunities and challenges. On the latter, smaller Wolfcamp players were bruised in earnings season because of cost and production issues.

The bottom line: We're going to do some major updates to our models to make sense of these audacious moves. Currently, we see a scenario where Chevron may need to boost annual Permian spending by 50% or more to meet the new medium-term target.

We're starting off by measuring initial production (IP) flow rates in the region using Wood Mackenzie's Well Evaluator. Chevron stands out as the leader in the Wolfcamp: 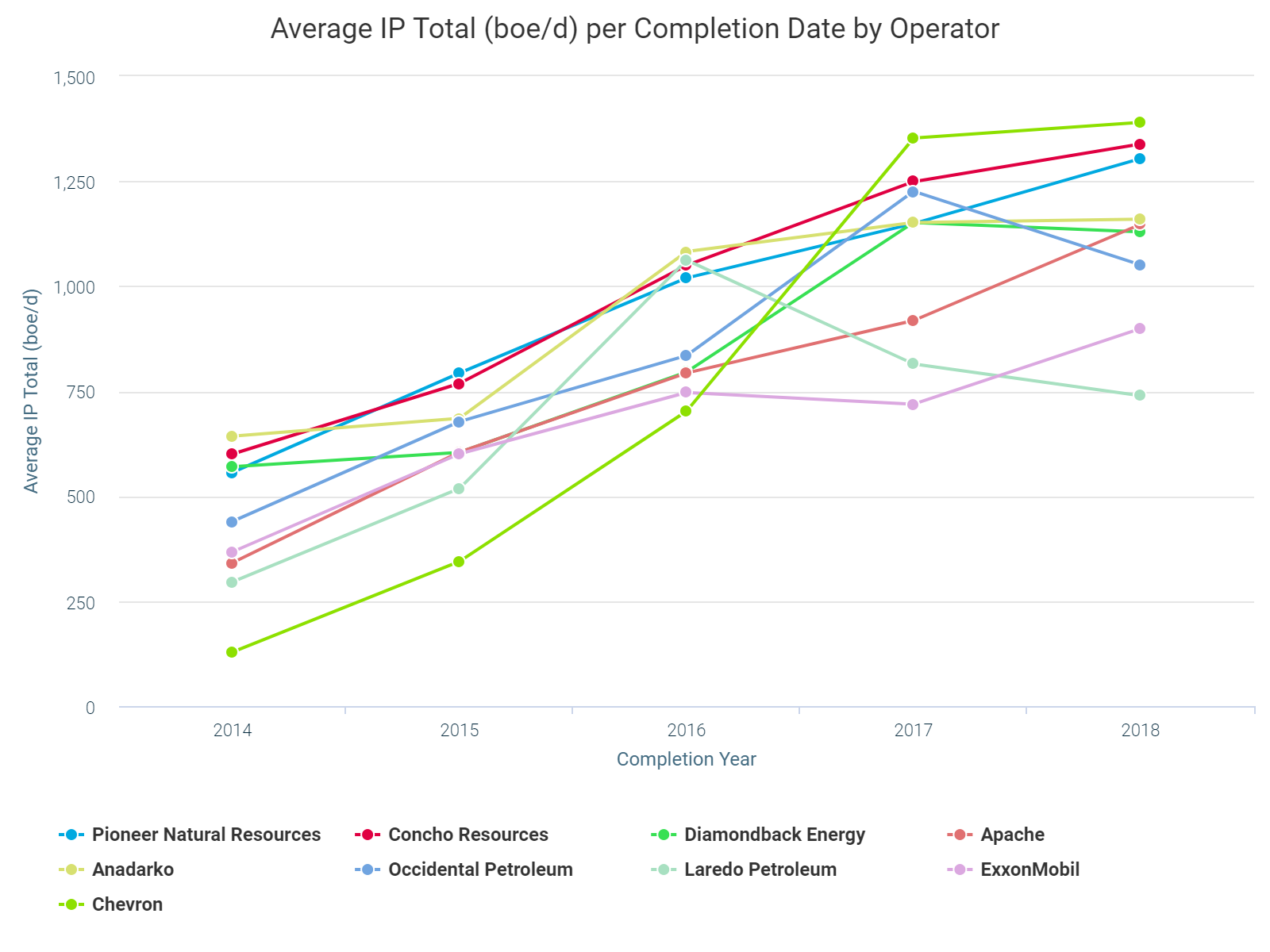 Exxon's IP isn't too impressive in Wolfcamp, but they tend to emphasize estimated ultimate recovery (EUR). Here's what Well Evaluator shows for EUR amongst the heavy-hitting producers: 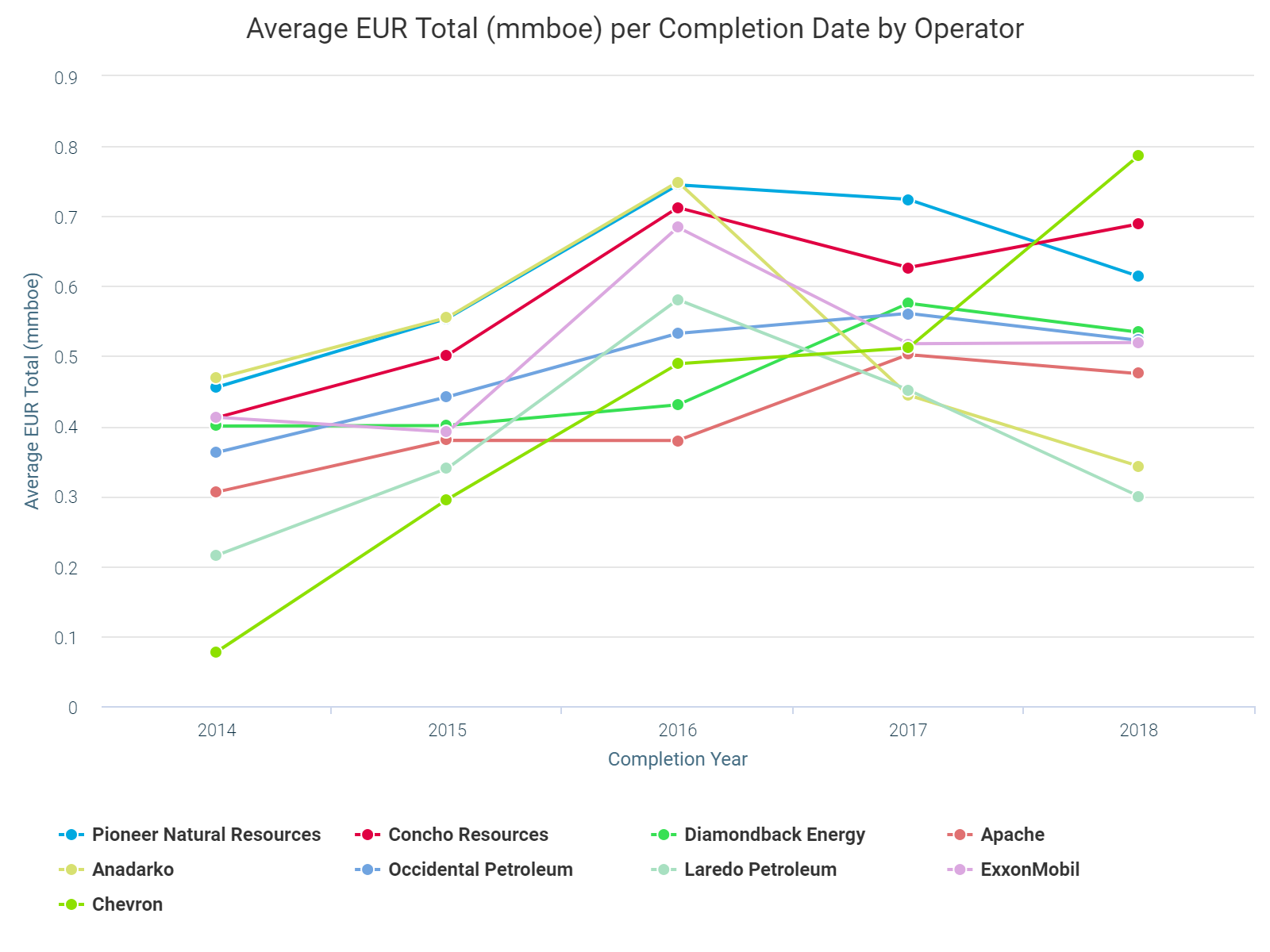 One thing is clear from the initial analysis – Chevron is shining in both diagnostics. To learn more about how we quickly produce assessments using Well Evaluator, click here.