US utility solar pipeline soars to 37.9 GW, a new record

Complete the form on this page to download the report's free executive summary.

According to the latest U.S. Solar Market Insight Report from Wood Mackenzie and the Solar Energy Industries Association (SEIA), the contracted pipeline has ballooned to a record 37.9 gigawatts (GW), the highest in the history of U.S. utility solar photovoltaics (PV). This follows record-high procurement of 15 GW in 2018. More than 6 GW of solar capacity were added to the five-year forecast since last quarter because of the uptick in utility-scale deals. 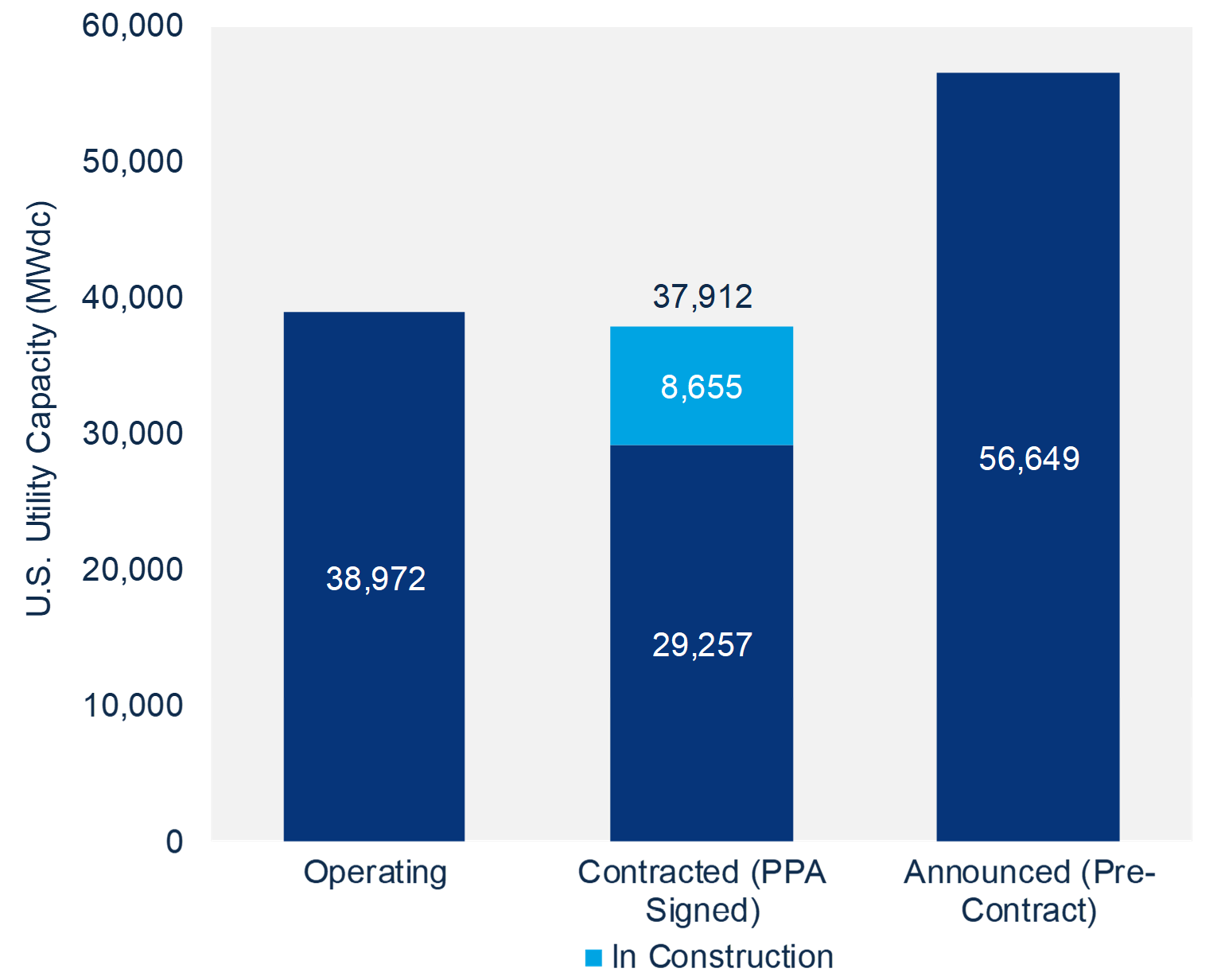 Utility solar project announcements surged to 11.2 GW in the first half of 2019, with 6.2 GW contracted in Q2 alone. In addition to the utility solar pipeline growth, residential solar deployment rebounded from the same period last year.

“It’s no surprise that the U.S. solar pipeline is surging as costs continue to fall and solar becomes the lowest cost option for utilities, corporations and families,” said Abigail Ross Hopper, president and CEO of SEIA. “However, as we push for solar to represent 20% of U.S. electricity generation by 2030, smart policies like an extension of the solar Investment Tax Credit will be critical to reach this goal.”

According to the report, several utilities have announced large solar procurements and corporate off-takers such as Starbucks, Microsoft and Anheuser-Busch have also made major announcements.

“As more companies commit to 100% renewable power, corporate offsite procurement is expected to drive more than 20% of new utility-scale capacity additions from 2019 through 2024,” said Colin Smith, senior solar analyst with Wood Mackenzie. “Cities, states and utilities are already following through on their renewable energy and zero-carbon commitments. We’re starting to see procurement occur and expect even more RPS-driven procurement in the near- to mid-term.”

The report authors note that 55% of utility-scale projects announced in 2019 were the result of solar’s economic competitiveness with other generation sources. Utility-scale solar prices are at their lowest point ever, with recent PPAs signed for $18 - $35 per megawatt-hour.

In Q2, 1 GW of utility-scale PV came online in the United States, representing nearly half of the total 2.1 GW installed in the quarter. The residential segment, helped by emerging state markets, saw both quarterly growth of 3% and annual growth of 8% this quarter. Meanwhile, the non-residential segment, comprising of commercial, industrial, non-profit and community solar installations, experienced both quarterly and annual declines due to policy transitions and persistent interconnection issues in key markets.

Complete the form on the top of this page to download the report's free executive summary.

Featured
60 pages of data and analysis