The US shale revolution is one of the gas industry’s most remarkable stories. As well productivity and gas-to-oil ratios dramatically increased, the US emerged as the largest gas producer in the world – now comprising 24% of total global production.

The scale of the shale revolution

The impact of the shale revolution is global. In 2001, US shale gas comprised less than 6% of total US production. With the introduction of new horizontal drilling and fracking techniques, vast and previously uneconomic oil and gas reserves were unlocked.

Shale technology advancements have not only greatly improved the recoverable volumes of gas, but also driven lower breakeven prices. The flipside? As these low-cost US gas resources were rapidly produced, infrastructure bottlenecks resulted in negative spot prices, which hurt producers’ profits.

How the shale technology carousel expanded the low-cost resource base

This “shale technology carousel” has turned many times. We currently estimate that about 80% of the US Lower 48 gas resources remaining in undrilled locations now have breakeven costs under US$3/mcf. 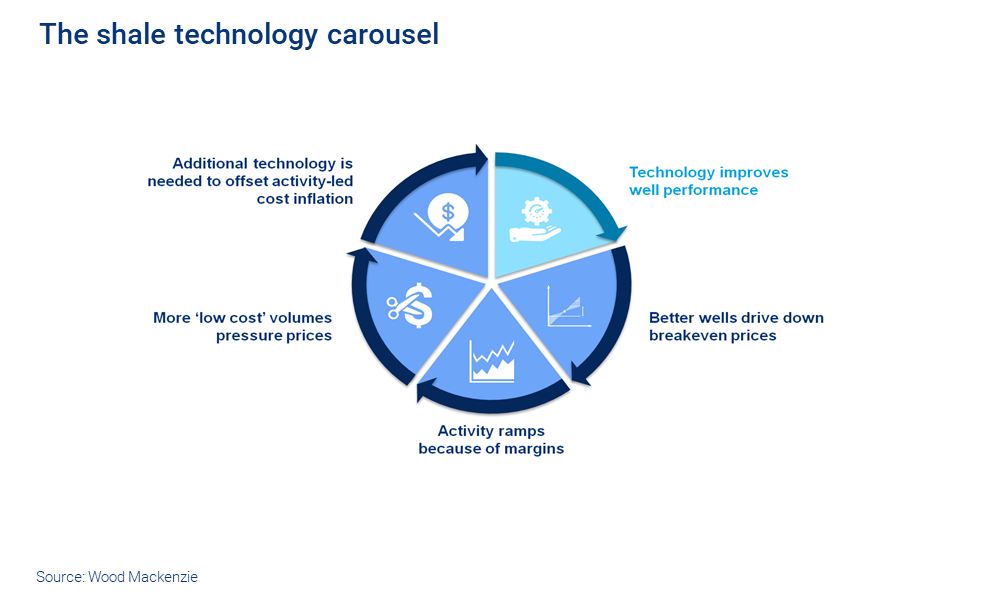 The shale revolution has also propelled the US into the top spot as the largest gas producer in the world, with output gains set to continue. We forecast continued production growth to nearly 124 bcfd by 2035.

Since 2010, US gas demand has increased by about 43% to 95 bcfd in 2019. Increased regulation and opposition to coal and nuclear power plants led to early retirements, with the gap largely filled by gas plants.

And the domestic market is far from the only source of demand. The competitive US gas price means international exports are also rising. Pipeline exports to Mexico increased 4.6 bcfd to 5.2 bcfd from 2010 to 2019, while LNG volumes from the Lower 48 states reached 5.3 bcfd, initially from plants in Louisiana and Maryland.

Looking ahead, we see continued demand growth and new project developments, though construction delays are taking a toll. Now gas pipelines to key demand centres in Mexico are in limbo, and LNG terminal delays are impacting domestic pricing.

And while US gas penetration into the power market will be limited by renewables absorbing long-term load growth, we expect industrial demand to continue to attract new project developments and forecast growth of 4.2 bcfd to 27.4 bcfd by 2035. 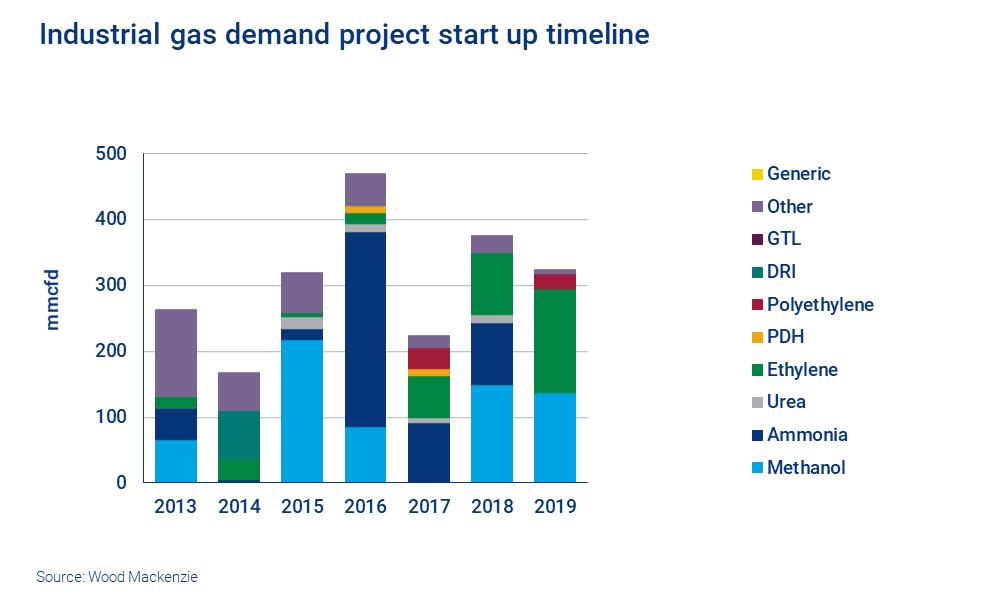 Join us at Gastech and meet the team in Houston. We'd love to meet you - visit this page to find out how to arrange a one-on-one meeting.

For more details on US gas trends and developments, fill in the form on this page to receive a complimentary copy of our report: The growing importance of North America in the global gas and LNG market.

Conflicting ambitions will shape the upstream fiscal landscape in 2023

China’s re-opening off to a stuttering start

What could 2023 deliver in energy? | Podcast