For the third year in a row, the U.S. solar industry installed double-digit gigawatts (GW) of solar photovoltaic (PV) capacity, with 10.6 GW coming online in 2018.

The amount was a 2 percent decrease from 2017. However, the forecast shows the market rebounding in the years ahead, according to the newly released U.S. Solar Market Insight 2018 Year-in-Review Report from Wood Mackenzie Power & Renewables and the Solar Energy Industries Association (SEIA).

“The solar industry experienced growing pains in 2018, in large part due to the unnecessary tariffs that were imposed on solar cells and modules, but this report still finds significant reason for optimism,” said SEIA’s president and CEO, Abigail Ross Hopper. “The total amount of solar installed in America is on track to more than double in the next five years, proving solar’s resiliency and its economic strength.  It’s clear, this next decade is going to be one of significant growth.”

In addition to a market outlook, the report released today also details how the industry performed in 2018 in each segment. 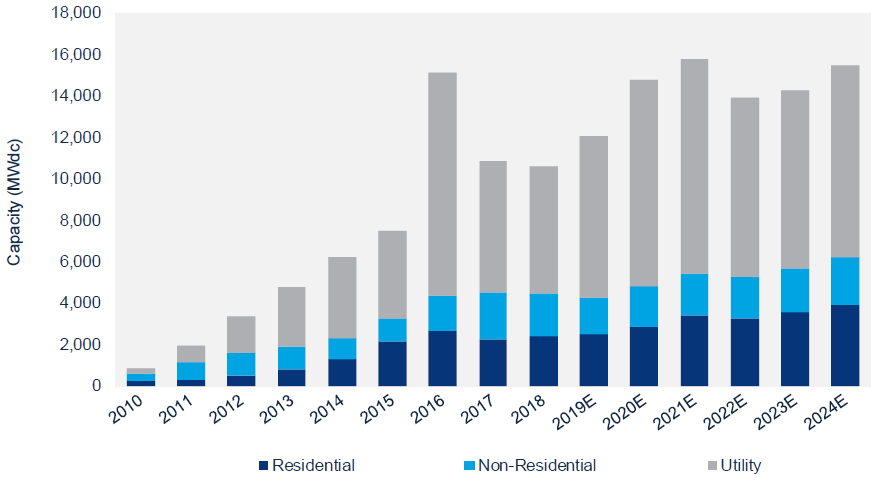 In 2018, non-residential PV saw an annual decline of eight percent due to policy transitions in major markets. Utility-scale solar underwent a seven percent contraction in 2018, largely related to Section 201 tariffs.

Yet, while annual growth fell in both the non-residential and utility-scale solar sectors, residential solar growth stabilized in 2018 after the previous year’s contraction. The U.S. residential solar market has now seen five consecutive quarters of modest growth, and the fourth quarter of 2018 was the largest quarter for residential solar in two years. Nearly 315,000 households added solar in 2018.

"After the residential solar freefall of 2017, growth in 2018 was driven by a more diverse mixture of national and regional installers than in previous years,” said Austin Perea, senior solar analyst at Wood Mackenzie Power & Renewables. “With a pivot toward more efficient sales channels, both national and regional installers exceeded expectations in California and Nevada, which drove the lion’s share of residential growth in 2018.”

Texas and Florida, two states with generally low solar penetration, stood out in 2018, adding more capacity than some of the highest penetration states. These emerging solar markets are poised to become the engines of growth for residential solar in the U.S.

In total, solar PV accounted for 29 percent of new electricity generating capacity additions in 2018, slightly less than in 2017 due to a surge in new natural gas plants. However, in 2018, 13.2 GW of utility-scale solar power purchase agreements were signed, pushing the contracted project pipeline to its highest point in the history of U.S. solar. 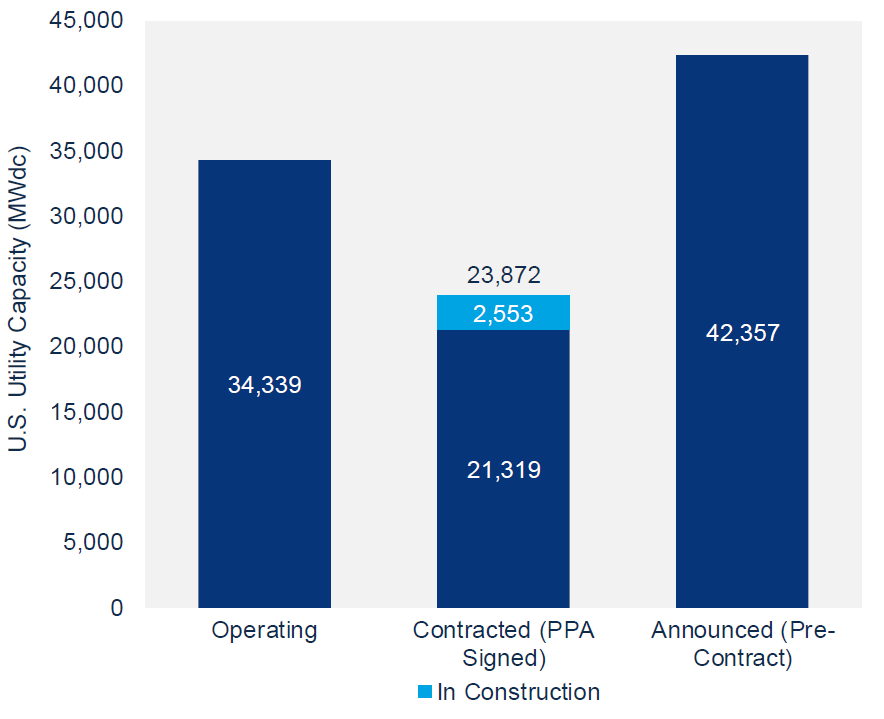 Wood Mackenzie also increased its five-year forecast for utility PV by 2.3 GW since Q4 2018. This was the result of a large volume of project announcements, the inclusion of more solar in long-term utility resource planning and an increase in project development driven by renewable portfolio standards and growing corporate interest.

Key findings from the report include: