Could a future US president ban fracking?

Two of the leading contenders for the Democratic presidential nomination say they want to stop hydraulic fracturing. Easier said than done

Democratic presidential challengers have pledged to end fracking. That’s not a realistic aim, but their commitments are still significant.

Over the past 16 years, the application of hydraulic fracturing to horizontal wells has transformed the North American oil and gas industry, sending output soaring. The US production boom continued under Republican and Democratic administrations, and politicians in both the main parties generally welcomed the industry’s growth.

Last year, President Barack Obama jokingly claimed credit for the US becoming the world’s largest oil and gas producer during his administration, telling an audience at Rice University: “That was me, people.”

So it is a sign of how sharply the political debate over energy and climate change has shifted in the US that two of the three leading candidates for the Democratic presidential nomination have pledged to ban fracking. 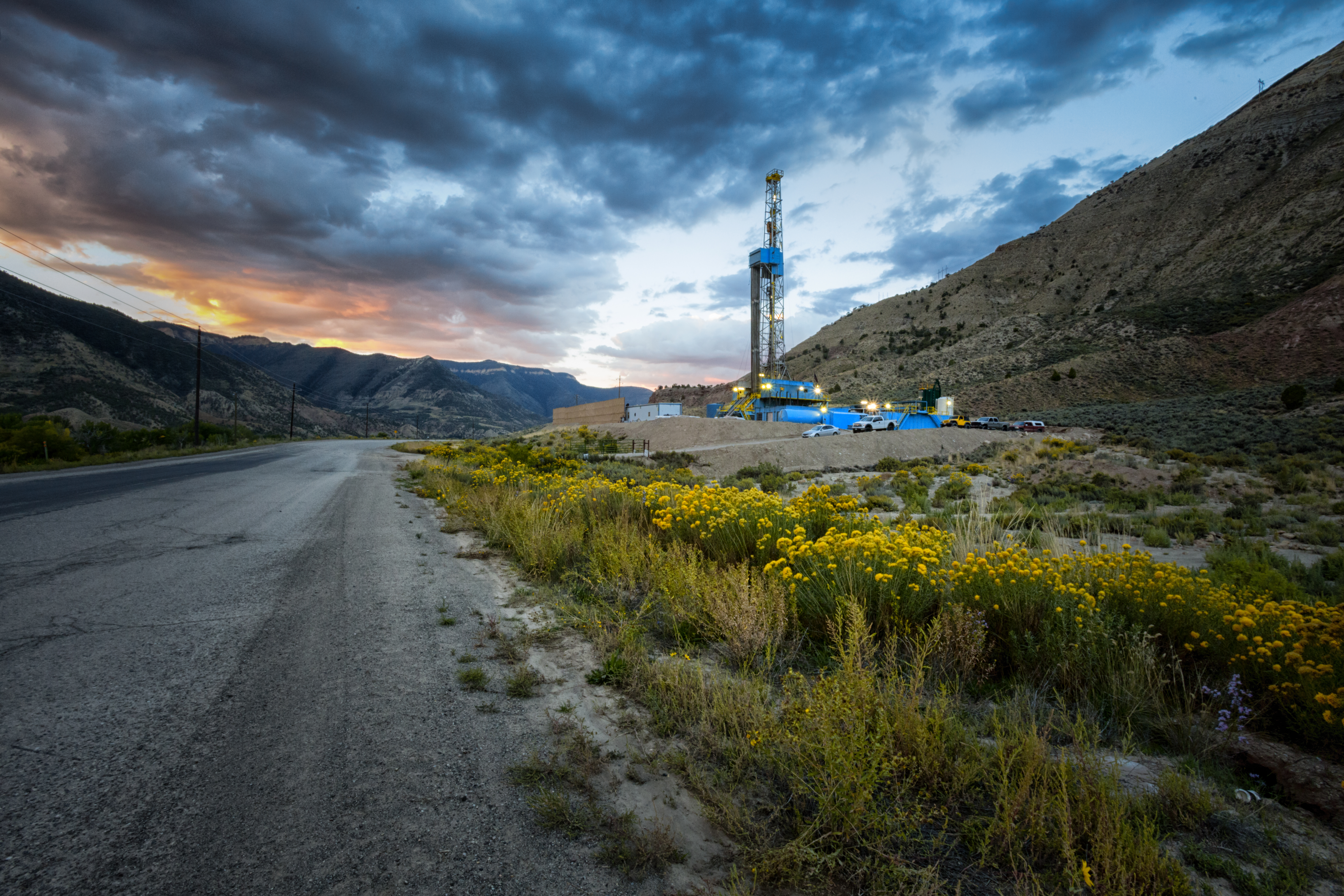 If three-quarters of the new wells drilled in the US could no longer be brought on stream, the country’s oil and gas production would plummet.

Bernie Sanders’ climate programme states: “Any proposal to avert the climate crisis must include a full fracking ban on public and private lands.”

Elizabeth Warren tweeted in September that on her first day as president, she would “sign an executive order that puts a total moratorium on all new fossil fuel leases for drilling offshore and on public lands” and would “ban fracking — everywhere”.

Those positions seem to be popular, particularly among Democrats. A recent poll by YouGov Blue found 46% of voters supported “banning the practice of fracking in the United States”, while 33% opposed it. Among Democrats, support for a ban was 63%.

The positions staked out by Warren and Sanders mark a sharp break from the policies of the Obama administration. As Kathleen Sgamma of the Western Energy Alliance, an industry group, told Politico: “It’s like President Obama might as well have been a Republican.”

Considering that Obama signed legislation lifting the restrictions on US crude oil exports in 2015, approved a series of LNG export plants, and saw a 23% increase in dry gas production and a 73% rise in crude production over his two terms, it is easy to see why people might get that impression.

It is noticeable that Joe Biden, who was Obama’s vice-president, is advocating a strategy much closer to that of the previous administration than the other two front-runners. He is advocating a target of net-zero greenhouse gas emissions and “100% clean energy” by 2050, but emphasises the importance of “a historic investment in energy and climate research and innovation” for reaching that goal. He also supports investment in fossil fuel plants with carbon capture, and nuclear power.

Even Biden goes further than Obama in some areas, though. Like his leading rivals, he is pledging a ban on the issue of new oil and gas permits on public lands and waters.

I am not going to try to predict the outcome of next year’s presidential election. Politics is full of surprises. But the polling averages compiled by RealClearPolitics suggest Biden has a narrow lead in the Democratic primary race. He is backed by about 27% of those questioned, ahead of Warren with about 21% and Mr Sanders with about 17%. The polls are quite volatile, though. Biden’s lead has shrunk sharply since the Spring: in May he was 26 percentage points ahead of Sanders, then his closest challenger. Could either Warren or Sanders win the Democratic nomination and then the presidency? It is clearly possible.

If the proposed fracking ban did come into effect, it would have a huge impact on the US oil and gas industry. About 75% of the wells that have come into production in the US this year have been horizontal, according to Wood Mackenzie data, and so typically subject to hydraulic fracturing.

If three-quarters of the new wells drilled in the US could no longer be brought on stream, the country’s oil and gas production would plummet.

However, this outcome seems unlikely. Industry lawyers argue that trying to impose a ban on hydraulic fracturing by executive order or regulation would exceed the president’s powers, even on federal lands.

The Obama administration in 2015 finalised a fracking rule, intended to regulate oil and gas operations including well construction, wastewater management, and chemical disclosure, on federal land, but the rule was declared unlawful by a US district court the following year.

The judge found that the Energy Policy Act of 2005, which specifically excludes hydraulic fracturing from the provisions of the Safe Drinking Water Act, left the administration with no legal basis for regulation. Higher courts did not hear the case, as the rules were withdrawn by the Trump administration.

If a future president really wants to ban hydraulic fracturing, it seems likely they will need legislation to do it. Given the implications for jobs, tax revenues and fuel costs, such legislation would not face an easy ride through Congress.

The bottom line is that when Sanders and Warren talk about banning fracking, they are best understood as describing their aspirations, rather than predicting the future.

That does not mean their statements are meaningless, however. You might compare their pledges to President Donald Trump’s promise to “bring back coal”. He has not brought back coal: US production this year is on course to be about 7% lower than in 2016. But he has brought in a range of measures to help the coal industry, including scrapping the Obama administration’s Clean Power Plan.

The Trump administration has been looking at further measures, including ways to subsidise coal-fired power plants and a relaxation of the rules on mercury and other pollutants released by burning coal.

So what might a future Warren or Sanders administration do to try to slow the growth of the US oil and gas industry, or put it into reverse?

One potential line of attack is through regulations on leakage of methane and volatile organic compounds (VOCs) from oil and gas facilities.

The Obama administration introduced curbs on emissions of methane and VOCs from new sources, under Section 111 (b) of the Clean Air Act. The legal status of those regulations was challenged by the Trump administration, but the issue has not been definitively settled in court.

In August, the Environmental Protection Agency proposed new, less stringent regulations that would allow greater emissions of both methane and VOCs.

Restoring the Obama administration’s rules, or introducing tighter ones, would be a high priority for a future Democratic administration. Biden’s campaign says he would require “aggressive methane pollution limits for new and existing oil and gas operations”.

There have been signs that Warren’s campaign, at least, is thinking about trying to use the Clean Air Act to go further, using regulation to clamp down on the US oil and gas industry more broadly.

A spokeswoman for Warren told CNN in September that if elected, she would “build on the Obama administration's methane rule” to regulate “contaminants to our air and water as a result of fracking and other natural gas operations”.

However, the Clean Air Act specifies that regulations to cut pollution should be introduced “taking into account the cost of achieving such reduction”. If the cost of any proposed rule is shutting down great swathes of the US oil and gas industry, it may be tricky to persuade a court that the cost is justified.

One final route that a future administration could take is attempting to restrict US oil and gas exports. Sanders has said he would ban both imports and exports of fossil fuels. Warren’s campaign has similarly said she would “would prohibit future fossil fuel exports”. She has also co-sponsored legislation in the Senate aimed at blocking US gas exports by stopping the construction of compressor stations on pipelines.

The 2015 legislation lifting export restrictions for crude oil allowed for a president to reimpose restrictions for up to a year on national security grounds. Reintroducing the ban, even if only temporarily, would be a dramatic way for a new Democratic president to assert his or her authority. It would have a significant impact on the US oil industry, which so far this year has been exporting an average of 2.8 million barrels of crude a day.

In the longer term, a series of policies to restrict US fossil fuel exports, including a refusal to grant any more gas export approvals, would force some radical rethinking in the industry.

Trump has shown that it is possible for a US president to use trade measures extensively to pursue an ambitious policy agenda, and he has set out a toolkit that others could use for different objectives.

The US oil and gas industry has grown used to a broadly supportive administration. The possibility of a president who is committed to “accelerating the transition to clean energy”, as Warren puts it, is one that the industry will now have to take on board.

The "massive challenge" of a 2 degree world

Identifying key risks and uncertainties in 2020

Future of renewables: a radical disruption?

What changed energy markets in the 2010s?